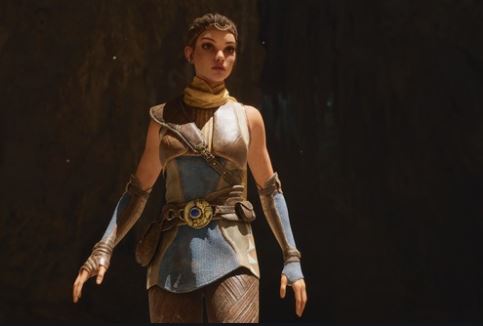 If you are also looking for the unreal engine 5 release date then welcome to this article.

A revolution in gaming is about to come with the release of the unreal engine.

On 13 May 2020, Epic Games released the demo of UE5 on Playstation 5. And Shocked everyone with its incredible results.

They also announced that soon they are going to release the full version of the UE5 tool during the mid of 2021 for the public and totally free of cost.

“Must Watch this official Video from Epic Games”

After the release of the unreal engine 5 demos on Playstation 5, the gaming industry is going to be more powerful.

It is a revolution in the technology field. Now, you are going to experience more quality and realistic games.

After the release of Unreal Engine 5, you will experience the real power of PlayStation 5.

So, Developers, get ready to run the latest version of unreal engine on PlayStation 5.

The benefit of releasing this latest fifth-generation technology, you are going to get better lighting effects in games and More Geometric features like 3D Models, etc.

No doubt it will provide new features to the game developers but the main purpose is to facilitates them to build high-quality games in less time and cost.

And now, it will be possible with the release of UE5.

Developers would be able to build high-quality realistic games in less time.

It will be easier for them to develop more productive games for the users and to enter more deeply in the gaming world.

Epic games Company to show the capabilities of UE5.

They released a demo of UE5 on 13 May 2020. They have tested it on the developer version of Playstation 5.

The results of this demo test are mind-blowing. They got more visual quality and realistic lighting effects.

They said that they are soon going to release the UE5 in the mid of 2021.

What is unreal engine 5

Unreal engine is a gaming engine and it was developed by Epic Games. It is a tool that is used to develop games. You can build high-end quality games with UE.

The best part, it is totally free to use. You don’t need to pay for this. It is available free of cost for the developers.

And it is very easy to use, beginner, can also use this tool to develop games. It provides you various features and technology to build realistic and productive games.

You can build multiplayer games and a lot of features like this available.

The first version of the UE was released in 1998. And after that, a lot of updates and improvements in this tool came out.

It is the latest version and currently developers using it to develop quality games.

But to add more features in it and to reduce the Game developing time and cost. UE5 is coming.

Release date of the second version was 2002

Release Date of the first Unreal engine is 1998.

This is all about “Unreal Engine 5 Release Date & Details about Running Demo With PlayStation 5“. I hope you loved this article.