Genshin impact Aptoide: Online games have become a growing love and addiction between people of every age group a lot lately. Similar action-adventure game is the Genshin impact. Genshin impact was developed and published by the famous Chinese game developing company miHoYo. MiHoYo is famously known for their popular action game, the Honkai Impact 3rd. 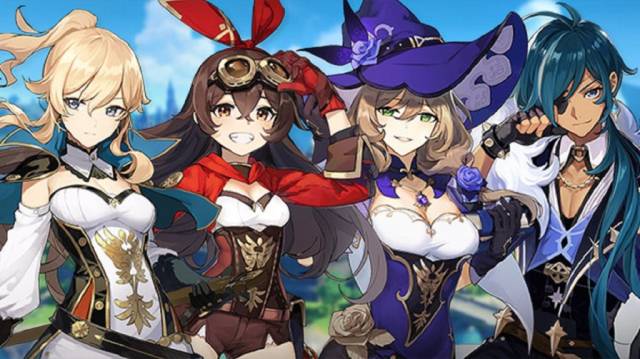 Genshin impact Aptoide is a multiplayer cross-platform action-adventure game that is available in PC, PS4, Android, and iOS. Its cross- platforms feature allows gamers to play together despite using different platforms. Gamers can host and join a multiplayer gaming session with their friends and other gaming enthusiasts without any platform’s barrier in the way.

Genshin impact has been downloaded for more than 50 lakh times. For downloading it on the android device, all that a user requires is high-speed internet and 137 MB free space.

Users who are planning to download and play Genshin impact on their android device then they must know the minimum and recommended requirement for the official launch.

Supported system: Android 7.0 and above

Recommended system: Android 8.1 and above

How to play Genshin impact with friends?

The most significant benefit of Genshin impact from various other similar games is that one can play it with gamers on several different platforms. Whether you are playing on an iOS or Android device or a PC, you can connect with players around from anywhere in the world. Though the Play station users do not get the benefit of cross-platform yet due to its own multiplayer rules. Also, there are few limitations which one have to adjust with while playing Genshin impact on cross-platforms.

For playing Genshin impact with friends and strangers on cross platforms, users have to fulfil specific pre-decided requirements.

For unlocking the cross-platform feature, users have to reach the Adventure rank 16th. Genshin impact has two types of levels; Character level and Adventure rank, i.e. your profile level. By opening treasure chests, completing quests, and finish entries in the Adventurer’s Journal players earn exp towards their Adventure Rank. Furthermore, while entering rank 16th players either have played about 10 to 20 hours of the game or should be partway through the second act of the prologue.

Genshin impact has 65 anemoculus locations in total. Some of them are simple to get, and all you have to do is jump over those locations. However, to obtain the other anemoculus players require an individual element-based character. Players can mark these locations on the interactive map to find them easily without missing any locations on the voyage.

Genshin impact does not feature mobile controller support, as stated by miYoHo limited itself. There are chances for such to happen in the future.

However, there is a workaround that can help mobile users in this situation. An android app called “Octopus – Gamepad, Mouse, Keyboard Keymapper” can get paired as a gamepad to Genshin Impact. It is available on play store and can work as mobile controller support.

The “Genshin impact failed to check for updates” error has impacted the PC version of the game. The developers are still in the process to find a solution for this issue. However, users have tried some simple workarounds until then. These workarounds are;

Genshin impact is loved across the globe by gaming enthusiasts. Considering this, its parent company will upgrade its time to time with better features, weapons, and other requirements.